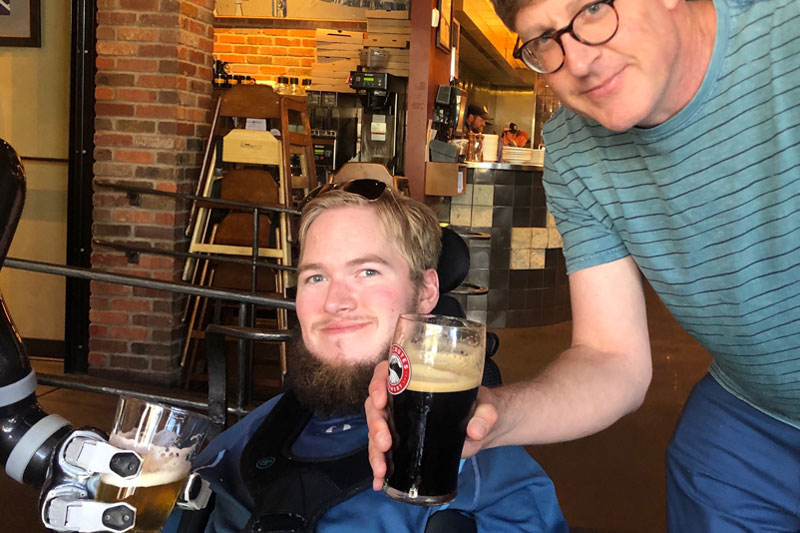 There’s no doubt that artificial intelligence (AI) has made things more convenient and lightning-fast. But it also serves an important function for those living with disabilities. In particular, voice-controlled systems like Josh AI improve accessibility and give people back their independence. Our owner’s son’s experience with Josh AI is a shining example of tech for good.

What Is Josh AI?

Josh AI is a patented AI home automation system built to integrate seamlessly with smart homes to make life easier and more productive. Best of all? As the counterpart to Alexa (maybe her brother or distant, way less intrusive cousin), Josh doesn’t take or sell your data.

In addition, the AI system has custom settings that differ from Alexa, with a patent on the ability to set up multiple related commands. Imagine going to your room after a long day and saying, “Hey Josh: Turn on my favorite show, turn down the lights, and turn up the volume.” All without lifting a finger.

Our experience with Josh AI takes it a step further and makes what we think is tech for good. Owner Steve’s son, Ryan, now twenty-four, has used a wheelchair for his disability his entire life. Recently, Ryan’s degenerative disease has caused him to lose the ability to work a remote control. This has made accessing his tech on his own impossible.

Cue Josh. Setting up the voice-controlled home automated system has been a game-changer for Ryan. Now, he can control his lights, music, TV, and smart TV searches with just his voice. And Josh’s custom features combined with “natural interfaces like voice and touch” (Natural Language Processing Technology) make it easier than ever to do so. Plus, the system is, in their words, “built for everyone.”

Automation and voice-controlled technology have endless possibilities and integrations in today’s connected world. For example, Josh AI could give greater access—as in Ryan’s case—or expand to other areas in the house for greater control and convenience. Anything you can do with a remote control, you can do with Josh AI, which gives new options to future project integrations and installations.

Find It Here at Stereo Planet

The future of audio and visual technology is smart, accessible, and convenient. Josh AI is just one example of tech for good that we carry in-store and bring to our customers. We’d love to help you make your life easier and more accessible. Let’s get started.

Processing...
Thank you! Your subscription has been confirmed. You'll hear from us soon.